Today, boys and girls, we will review the myriad uses of this tuber.

This is fresh ginger root: 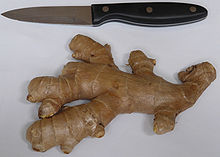 Not very pretty, is it? But oh, the things you can enjoy from this ugly, lumpy rhizome!

Ginger is a part of many taste treats, both sweet and savory. Sliced and pickled, it is a classic accompaniment to sushi: 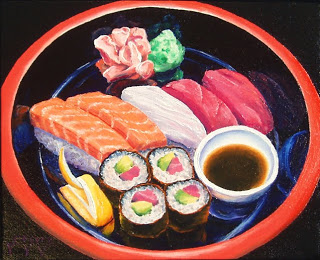 In dried and powdered form, ginger adds a distinctly spicy note to cakes and cookies: 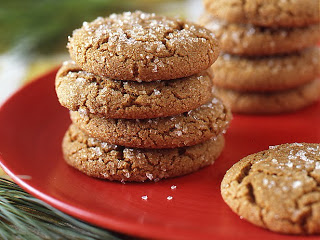 And if you boil down ginger root with sugar syrup, you are on your way to enjoying some candied ginger:

Yum! But that’s not all. Ginger is known for its medicinal properties as well; in particular, settling various stomach upsets. So if you’re suffering a bit of indigestion or nausea, you can pour yourself a nice soothing cup of hot ginger tea: 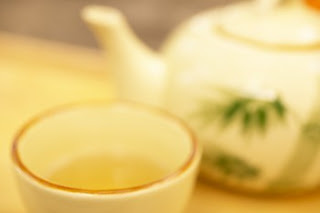 Or a cold, bubbly and refreshing glass of ginger ale:

So many good things from one ugly, unassuming little root. Isn’t that amazing?

However, kids, some consider ginger to have yet another use. They take the fresh root, carve it down into plug-shaped pieces, and insert those plugs here: 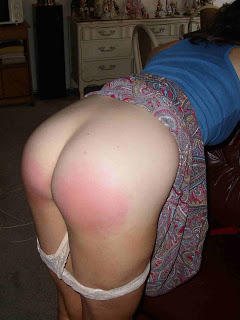 Can you imagine? To this usage, I give a resounding FAIL. Ginger contains volatile oils that burn and irritate those tender tissues, along with the expected discomfort and humiliation. Strangely, the perpetrators of this ginger insertion (also known as figging) don’t seem to be too concerned with those factors. In fact, they (gasp) actually seem to delight in them.

There is debate about when and where this practice started, but there is much documentation about how, back in the 1800s, horse owners did this to their poor non-consenting equine friends in order to “liven them up.” However, that was the 19th century, and it’s now the 21st. Today, that would be called “cruelty to animals.” So I ask you — if it would be considered cruel to do to animals, wouldn’t it be even more egregious to do it to humans? Well, wouldn’t it?

A while back on my old MySpace blog, I wrote about my opinion of certain tops rubbing capsaicin (hot pepper) cream onto sore and tender spanked bottoms. I believe I suggested that these tops should have capsaicin cream switched with their hemorrhoid ointment. Well, here is my suggestion for those who insist upon this cruel and unusual usage of ginger: I think they should be required to go a full day with a habanero pepper shoved up their bum. Oh, and with a freshly fierce new one re-inserted each hour.

Just my l’il old opinion, of course. 🙂  This concludes today’s presentation of Ginger 101.