Archive for the category “The Beatles”

On Wednesday night, Alex, SpankCake and I met for dinner and chat. It was also a belated birthday celebration, since the three of us weren’t able to get together a couple of weeks ago. We’re all so busy lately and these times are precious.

They both came with presents and cards. So, for my betting friends, what are the odds of the two of them independently finding and buying the exact same birthday card? Well, they did. 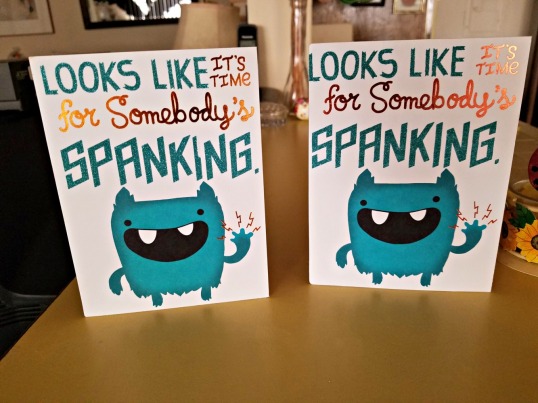 In case you’re wondering, the inside reads:

Wait, it’s your birthday? Even better.

There was cake, of course — German chocolate and coconut-lemon. Alex found a vintage magazine in a used bookstore: a mint-condition 1968 issue of Teenset — The “Yellow Submarine Special,” with a full color spread about the Beatles’ Yellow Submarine and all kinds of other cool late 60s rock stuff. Fun! SC gave me a corset, black with a pretty floral print. I wanted to try it on to check the fit; the café had single bathrooms (one for women, one for men), so we piled into the ladies’ room, locked the door and I tried it on — it’s much easier getting into a corset with help! It was a size too big — I don’t have the boobage to fill out the top, so it gapped open. SC said she’d exchange it for me, no problem. Of course, we had to get a picture! People knocked on the door, but hey, let ’em use the men’s room; there’s never a wait for that!

The lighting was poor and we’d been in deep shadow; I was able to lighten it somewhat in photo editing. It’s still a cute shot, no? 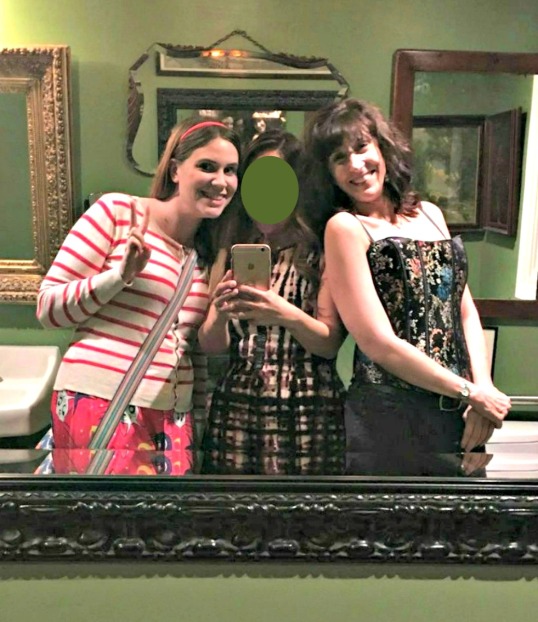 Love love love these women so much!

John was disgruntled that I got to have so much fun (and cake) on his birthday. But I will make it up to him this weekend. Yesterday I baked scratch brownies for him; damn near ruined them, when I got distracted by a text and forgot to take them out of the oven. I was in such a rush to get them out, I burned my forearm on the oven rack. (sigh) Such a klutz! But it’s minor. At least the brownies are OK.

I’d forgotten to mention that, along with flowers and lunch, Steve gave me a gift card. What’s so unusual about that, you might wonder. Take a look at it. 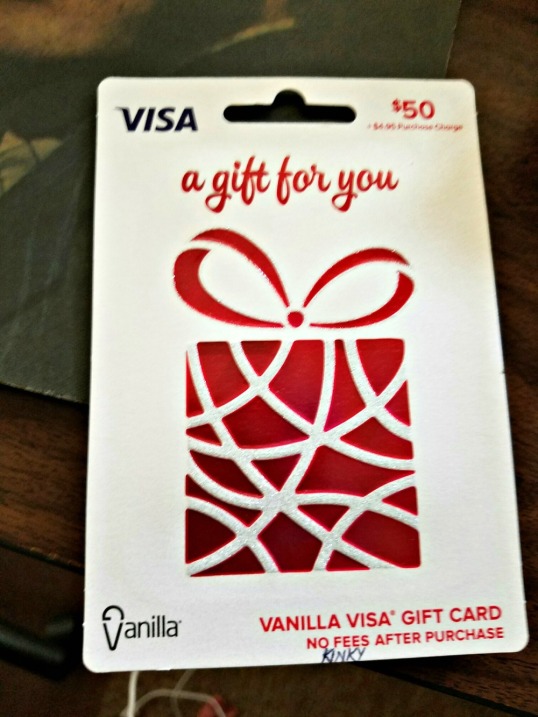 What, pray tell, is a “Vanilla VISA”??? Does that mean I can’t buy anything naughty with it? So what shall I purchase? Maybe go to the book section of Amazon and buy “The Joys of Missionary”? Or get some nice virginal white granny panties? Oh, I know! I’ll go to the music section and buy “Shades of White: The Pat Boone Box Set”! (snort)

Incidentally, Steve was the one who scrawled KINKY under the No Fees line.

And really, is my birthday complete without a new cartoon from the uber-talented Dave Wolfe? No, it is not. He never forgets, no matter what. ♥ Here is the 2016 Erica’s Birthday Toon: 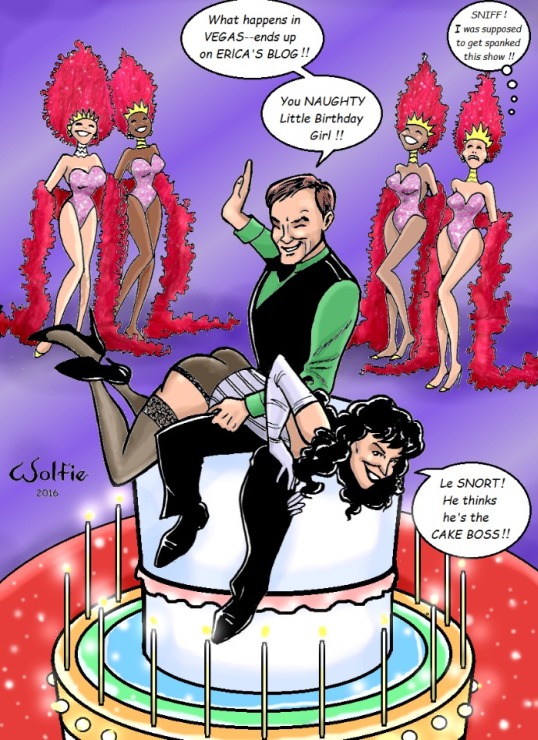 And finally — this part is off topic, but it definitely concerns another topic about which I’m passionate: The Beatles. Yesterday, John took me to see “The Beatles: Eight Days A Week — The Touring Years,” the documentary by Ron Howard. It focused on 1962-1966, the years in which they traveled worldwide and performed live for thousands of teenagers. At the end of the film, there was a remastered film of their 30-minute Shea Stadium concert in 1965, to over 55,000 screaming fans.

It was magical. Especially for me, because I much prefer the first half of their career to the second. I loved them overall, but whenever I have my druthers, I choose to listen to the music from their “moptop” days, when they wore identical suits and haircuts, when they were brimming with youth and exuberance and cheekiness. Before they grew tired and jaded, before they withdrew from the public and retreated into the studio. When they could still do no wrong, before that unfortunate throwaway remark by John (“We’re bigger than Jesus”) in 1966 brought the wrath of the Bible Belt on their heads, inciting everything from mass burnings of Beatles albums and merchandise to death threats. Yes, their later music grew more sophisticated and complex, it gained in maturity and brilliance… but it lost something as well, for me: the unbridled joy. The playfulness, the boyishness. Before “She Loves You” morphed into “She’s Leaving Home.”

Some parts of the film made me cry… I’m not sure why. Nostalgia, perhaps, or sadness for days gone by. I thought of my brother, who was a teen in the thick of Beatlemania, who went to see them at the Hollywood Bowl. In fact, when the film showed footage of the Bowl concert, John leaned over and whispered, “Ken was there!”

But most of it made me happy. And I’d like to share just a tidbit, the last song in the Shea Stadium concert. Where the screaming was so loud, they couldn’t hear themselves, so they had to count on each other for musical cues (Ringo said he kept the drum beat by “watching John’s ass”). For me, this little two-minute clip encapsulates everything I loved about the Beatles. Watch Paul gleefully singing at the top of his lungs; John and George singing accompanying harmonies and cracking up; John clowning at the keyboard. I defy anyone to not feel the infectious joy. Indulge me — it’s just two minutes. 🙂 Hope everyone had a nice weekend.