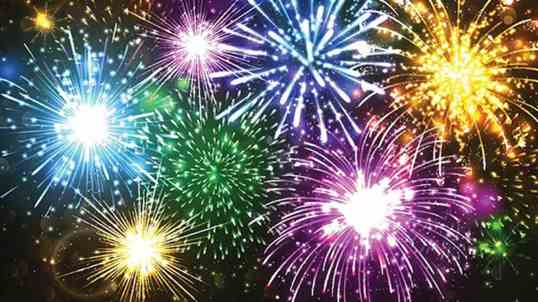 And it’s about damn time! How long has it been, a year? Okay, okay, just a month and a half. (I’m not counting the double session I had with Alex a couple of weeks ago, because that was so light and playful.) But it feels like forever. Steve used to say that I needed spanking like I need oxygen. A bit of an exaggeration, but you know, sometimes…

I have Mr. Woodland’s permission to link to his FetLife page, so if any of you are members, you can read about him here. Our first time together one on one was fabulous, I thought.

He came by around 2:30. I’d been working since 8:00 on my various projects, so it was a good time to take a break. We slipped easily into conversation and I think close to two hours went by before we even mentioned playing. I like him; we seem to be on the same page about a lot of things, both scene-wise and everything else-wise. Because we’d played before, there wasn’t that first-time awkwardness, that shy dance of wonder and anxiety (Is this going to be great? Or is this gonna suck??). Finally, we began.

I had told him I hadn’t had any sort of intense play since Shadow Lane, so he very kindly and considerately started with a light warm-up. Of course, I appreciated that… but I wasn’t about to let him know that. 😀 So when he paused and asked how I was doing, I said, “I’m sorry… did I give you the impression that I enjoy tickling?”

“What was that? Excuse me?” And there it was, he went right into sputtering incredulous top mode. “I’m trying to be a gentleman, giving you a warm-up because you haven’t played for a while, and you tell me I’m tickling you??”

Yup. Game on, honey. I couldn’t answer him, as I was giggling too hard.

So much for warm-up, and things escalated quickly. But you know what? I soaked it all up like a sponge. A happy, eager, thirsty sponge. My skin, my body, my psyche craved it, couldn’t get enough of it. Gimme gimme gimme. At one point, he paused again, blew out a breath and said, “Wow. I just gave you ten of my hardest and all I’m getting from you is a purr.”

He said he was going to have to bring some of his toys next time (Next time? YES!), and then I had to open my big stupid yap and say, “I have some toys!”

(Damn, I missed my opportunity to answer, “Make me.”)

I scrambled up, went into the bedroom, collected two OTK implements — my Lexan paddle and a small leather one — and brought them to him. Aaaaand that’s when I realized that I had been plenty tenderized by his hand and now these damn things hurt like a mother.

“Still tickling?” he taunted. Uh… no. But I was still enjoying it. He said he was going to dub the Lexan paddle the “tickle monster.” Har har har.

I had mentioned earlier that I loved strappings with a man’s belt over my ottoman, and while we were in the middle of hurts-so-good hell, I said “We can do that next time, maybe?”

Oy. Again, me and my big mouth.

I’m always a tad leery when I’m about to be strapped by a top for the first time. I love, love, love a leather belt. I love the feel, I love the sound, I love the imagery. However… a lot of people can’t do it right. They can’t control the strap — they’re too high, they’re too low, they wrap, they hit the right cheek over and over and not the left, etc. And it ends up being rather unpleasant. I get so tense, wondering when the misfires are going to hit, I can’t relax and sink into it.

Not so this time.

Holy crap. This man is magic with a belt. Spot on every single strike. Even knows the trick of switching sides so each cheek gets equal brunt. I forgot about bratting and blurted, “You’re so good at this!!” For a brief while, my whole world shut down and focused on his belt and nothing else. Gone was the stress, the work, the political quagmire, the losses I’ve endured lately, the money worries, all of it. Just the bliss of impact, of endorphins, of pleasureful pain. I seem to recall murmuring at some point, “You are making me so happy right now.” He has joined the ranks, in my mind, of the top strappers I know — Dr. Lectr, Paul Kennedy, InspectHerHide, and a few others.

But of course, my true colors never fully disappear. He had decided I was getting forty more, twenty on each side. When he was finished with the first twenty and switched sides, once again he teased, “How’s that tickling feel now?”

“Oooh, bad idea,” he said. “You just got ten more.” And he delivered; no breaks for an excited utterance. :-Þ  First the original twenty more planned, and then an additional five on each side. Can I take a moment and admit how utterly fucking hot that was?? (sigh)

This picture does not do the redness justice, at all. But y’all get the idea.

He stayed for a while longer, we talked some more, but then reluctantly I had to get back to work (and he had to get on the freeway at rush hour, which sucked, but he seemed to take it in stride). The rest of my evening, it was hard to focus on work, but I had to force myself to, even though I was feeling blissed out and giddy. Slept like a baby. And sang in the car today on my way to get a hair cut. I haven’t done that for a long-ass time. Funny how kinky people are. Most people get like this after they get laid; I do after an ass-whooping.